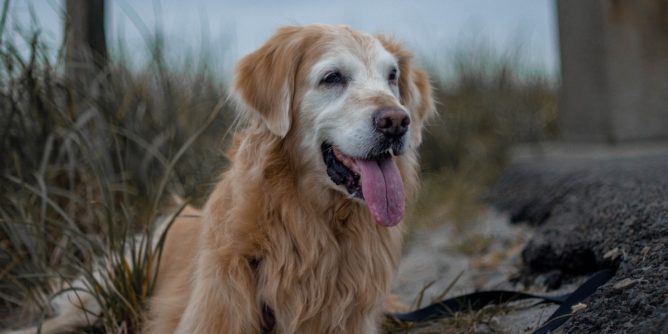 This story is sponsored by CUDDLY. Don’t worry—we only share information about products and services we truly love and support.

Rescue is kind of my thing.

When I was younger, I’d help any animal I came across. I can vividly remember riding my bike around our small neighborhood and finding an injured baby bird. I ran to my friend’s house, grabbed some gloves, and put him into our mailbox until I could get an adult (because my kid brain felt that was the safest place for him).

As I got older, I fell in love with the Great Pyrenees breed and became obsessed. Once I brought my first pyr home, Mauja, I was hooked. I started getting involved in rescue and trying to help as many as I could.

And now, I run my own kitten rescue focusing on orphan neonatal kittens and special needs.

Like I said, rescue is kind of my thing.

Mauja and Atka came from an amazing, reputable breeder, so I knew their backstory. I knew how they were treated, who their parents are, where they lived, and more. Even though I wasn’t there to witness it, I trusted what I was told about them—the breeder had a great reputation.

But Kiska is a different story.

I was on a trip and heard about a litter in poor shape. I banded together with local pyr rescue people, and we headed out to check out the situation.

Even though I’ve had her since she was about 7 weeks old (and she’s 3 now), I don’t know her whole story. Here’s her story as I imagine it—told by her.

I don’t remember much from before coming to my forever home, but I remember being cold and scared.

I lived outside with my brothers and sisters (I think there were eight of us, it’s hard to remember at this point). The floor was really hard and cold, and at nighttime, we’d shiver and huddle together.

We also didn’t get to spend time with our mama. We were with her to start, but one day, my siblings and I were on the porch, and she was out in the field.

She was whining because she couldn’t get to us, but the human wouldn’t let her in. We would run up and down the fence together which was fun, but I really just wanted to snuggle my mom. We watched her and learned how to bark. If there was a shadow or a weird noise, she’d bark, bark, bark, and we’d do the same.

The humans didn’t like that. They’d yell at us to stop, and we were scared so we hid. My mama didn’t hide though. She was strong and she’d keep barking. She said she had to protect the chickens and the black cat.

I liked that cat. Occasionally, he’d jump over the fence and snuggle with us. It was nice because he always smelled like mama—it was comforting.

I never really got to see humans though. The person that lived in the house didn’t come visit us much. She’d come out and give us food and water, but the buckets were huge, so she didn’t have to do it very often.

Did I mention I was itchy? I’d scratch and scratch, but I couldn’t make the feeling go away.

Then one night, some other humans came to visit. My siblings were a bit nervous, but I was absolutely terrified. I tried to crawl into a shelf, but I knocked things over, scaring myself even more. I eventually hid behind a rake and hoped the humans would leave.

Eventually, one came over and picked me up. I was so scared and couldn’t stop shaking, but it felt… good. I let her keep holding me, and I felt so calm. When she put me down, all I wanted was to be held again. I stayed close by her so she knew, and touched her leg over and over to remind her I was there.

But then she left.

I don’t know why she left. I was so sad, and so scared. I finally felt warm and comfortable, and then she left me. I couldn’t believe she left.

But when the sun came up, I couldn’t believe my eyes. She was back! I was so happy my tail wouldn’t stop wiggling. She came onto the patio, picked me up, kissed my face, and we walked out together.

I had baths—a lot of them—but they removed the itchies! I think they said it was fleas? I quickly became a new girl and couldn’t wait for our adventures.

I got a new collar, a new leash, and a new raincoat. Mom said, “Puppies in Seattle need raincoats.” Whatever that means. I didn’t like it, but it made all the humans ooh and ahh. I liked the attention. I learned that humans can actually be pretty good. And you know what? My new life is pretty awesome.

CUDDLY: Help for shelters and rescues

Kiska and her littermates were lucky enough to have the support of many people to get healthy and find amazing new homes, but having resources is always difficult for rescues to come by.

That’s where CUDDLY comes in.

CUDDLY enables rescues to create fundraisers and wishlists to support animals in their care. Their mission is to help save as many animals globally through community, innovation, and creativity, and they currently have over 2,000 animal welfare organizations on board.

My heart broke as I browsed through all the animals in need on CUDDLY, but at the same time, I was overcome with emotion seeing all the support. There’s so much negativity in the world right now, but seeing strangers come together to save animals warms my heart.

I was especially touched by the work Angels Journey Home Animal Rescue is doing for these puppy mill puppies. Kiska was in better shape than these babies, but I can understand the blood, sweat, and tears that are going into getting them healthy (and flea-free).

I encourage you to take some time to explore CUDDLY and see if there is an animal that speaks to you. Some organizations are in need of supplies, while some are requesting monetary donations for veterinary bills.

If you work with a rescue, I’d also encourage you to look into how the platform can help you save more animals. I know I’ll be registering my kitten rescue soon. CUDDLY is an invaluable tool for any animal welfare organization.

What’s your pet’s unspoken story? What do you think your pet would say about his/her life before being adopted? Share their story on any social media platform using the hashtag #MyUnspokenPet. I can’t wait to read your stories!

The post From Scared to Service Dog: Kiska’s Unspoken Story appeared first on It's Dog or Nothing.