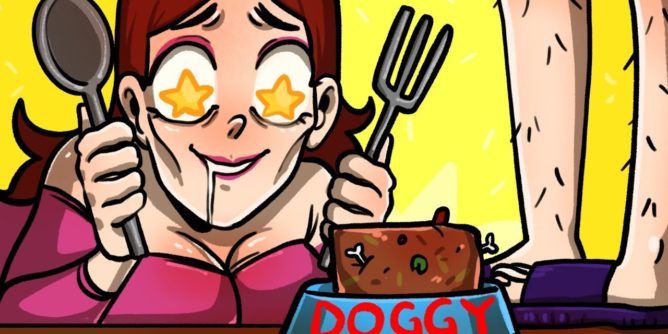 Hello, my friends. I think of you as friends, because I am going to share something very personal with you. My name is Jane and I am sixteen years old. I hope that my story will give you something to think about after you listen to it through to the end. It will be about death, family, and veganism. A pretty bizarre choice of subjects, don’t you think? But soon you will see how all these things are connected to each other.

As it often happens, my story’s roots go back to my childhood – namely, to my parents’ divorce. I was only six years old, so I do not really remember that period of my life. I vaguely remember that there was a court hearing after which I stayed with my mother in her house, and my father left. But I have no idea what reason brought my parents to court. I seriously doubt that it was because of me. For the next ten years, my dad did not take any part in my life. He paid a considerable amount of money to my mother in alimony, regularly and always on time, so I didn’t think he was some kind of a bad person. But in order for you to understand what kind of a father he was, I will only tell you one thing – I never saw my dad once during all this time. You might think he moved somewhere far away, like to Alaska? But you are wrong! All this time we lived in the same state, of Los Angeles! Sometimes dad called me, but mostly just to wish me a happy birthday or a Merry Christmas.

My life with my mother… was normal and pretty calm. And I did not notice that something was seriously wrong in our life. The most obvious sign was that during this entire TEN-YEAR-period, my mother did not grow her personal life. She absolutely refused to talk about my father, as well as about any other men in general, so I did not try to interfere. Another worrisome sign was that she filled this emptiness with hard work, which was stressful and consumed a lot of her time and energy. I could never understand why my mother worked so hard – we always had enough money to live on. But, it was probably her work that seriously undermined her health.

My mother had suffered from insomnia for many years. She went to various clinics and consulted various specialists, but nothing helped her, so the doctors only gave her prescriptions for sleeping pills. It helped, but my mother’s body adapted to it and she needed to either increase the dose or switch to a medicine that was stronger. My mom did both. As a result … about nine months ago my mother took so many sleeping pills that she simply didn’t wake up anymore. Never. Yes, now she is dead.

And then I finally met my father. I had no other relatives, and when I, along with social workers, informed him of what had happened, he volunteered to take me into his custody. I was not yet in any condition to be fully aware of what was happening, but he was my father! Who else was going to take care of me? I agreed to move in with him, especially since at first I thought that my dad was a pretty nice guy.
He was a tall, thin, middle-aged man. He was in good shape – he has been seriously practicing yoga for a long time. Like my mother, my father also lived in his own house. He did not have any family or pets. Dad worked as a designer and, in general, was a fairly successful person. Sounds good, right? So what’s the problem, you might ask? The problem was that my father was a vegan. A pretty aggressive vegan.

At first I did not even notice what I was eating, I was so stressed. Dad was cooking for me – and that was good. In addition, although he practiced a raw food diet, for me he cooked delicious vegetable stews with beans. But as soon as I recovered a little, and started to get used to my father and this new life, I mentioned that I had not eaten fried chicken for a long time. Oh, I think that these words, like a spell, called out a monster. My father was unpleasantly surprised that I still did not understand what lifestyle he was leading and explained to me that he was a vegan (Vegan! Not even a vegetarian!). He also added that he would never allow any meat in his house. Dad even tried to shame me, explaining that such a highly developed creature as a human being (especially his own daughter) simply could not eat other live creatures. On the one hand, I understood his position. On the other hand, I just wanted some fried chicken!!! I love fried spicy chicken wings, I like juicy burgers, I like pepperoni pizza, I like cheese balls, I like pasta with meat sauce, I love fried egg and bacon sandwiches! And I had to abandon all of that because my old man did not eat meat! I was not ready to make such a sacrifice…

★ DO YOU WANT TO GET YOUR STORY ANIMATED? SEND IT TO yt@tsp.cool

IT WILL BE GIVEN A VOICE OVER BY A PROFESSIONAL ACTOR AND AN ANIMATOR WILL MAKE A VIDEO OUT OF IT!