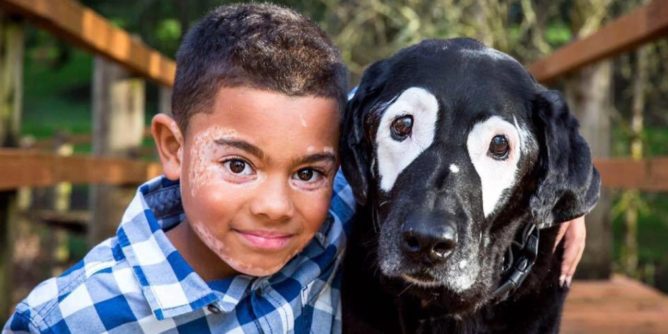 Carter suffers from the skin condition vitiligo and was feeling down about how his skin looked until he met the adorable dog Rowdy, who also has vitiligo.