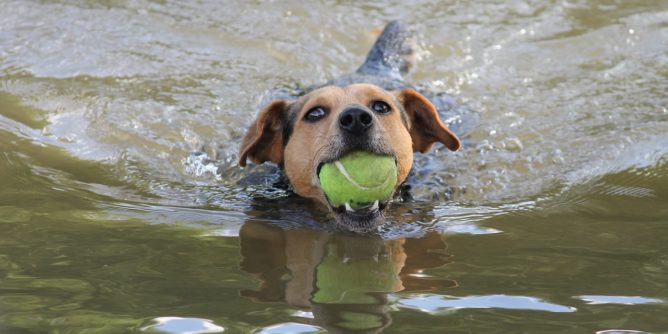 We decided to keep day two fairly short because we were expecting a call from our realtor that evening. (Our house in Washington just went on the market, and he wanted to give us an update.)

*Note: I’m writing these at the end of each day, so I’m pretty tired when I do. I apologize if I rant or things read strangely

The drive itself was smooth—and we had another great experience with Kaani.

Mid-drive, we stopped at a gas station to fuel up and stretch our legs. I beat Nick, Mauja, and Atka there, so Kiska, Kaani, and I went out for a walk.

What normally happens on a walk?

You run into people.

Kaani’s threshold is about 50–100 feet away—depending on the situation. Any closer and he starts to bark, then growl (at about 10 feet), then lunge (between two and five feet)—unless he can get away. He also typically does better when I have his Gentle Leader on.

A woman walking toward us, and I wanted to start testing a new method for fear reactivity that I learned from Behavior Adjustment Training 2.0. We started walking in her direction, and I watched Kaani’s body language very closely. As soon as he started to get too alert (but before barking started), we gently turned and walked the other way.

He made it within 15 feet of the woman without making a sound.

I could have jumped up and down squealing, but that probably would have freaked him out

He got all the treats and praise as we got everyone back in the car and ready for the rest of the trip.

We finished the drive and everyone was amazing again. We had about an hour and a half before we needed to chat with our realtor, so we found a nearby park to go for a walk.

That had its own set of challenges.

Turns out this park in Wyoming is full of prairie dogs—who I’m pretty sure are used to dogs and like to taunt them. This meant we had a lot of training opportunities for everyone!

The biggest struggle today was acclimating Kaani to a Gentle Leader. I had a Freedom Harness for him (which I love), but this was before I knew he had a shoulder injury. We searched for a new harness, and decided on the Hurtta Padded Y-harness.

This harness has been great, but I’m still not 100% confident in the fit for him. The location of his injury makes wearing a harness difficult. So, we switched to a Gentle Leader. We’re still training with him—because he’s definitely not comfortable with it yet.

I’ve noticed Kaani becoming more confident in the few weeks we’ve had him. The first few times I took him outside, his tail was tucked and he was over-alert to his surroundings.

Now, he’s definitely more eager to explore, but he has his limits. It only takes a 15 minute walk before he’s ready to hide out in the car (or hotel or wherever his space is at that time).

And that’s what happened tonight.

He was fairly eager to explore the new area where we took them for a walk, but after about ten minutes, he was over it. Once we were walking in the direction of the car, he started dragging me. At one point, he even laid down with his head under the car begging to get in.

He just breaks my heart sometimes.

We loaded everyone back up in the cars and headed to the hotel to relax and waited to chat with our realtor. Everyone was pretty exhausted from the walk and settled in quickly.

After a late night potty walk, we got everyone settled in to bed. At about 1 am, Kaani started yipping in his crate. It’s unlike him to do this in the middle of the night, so we got up and went outside. He did his business and everything seemed fine.

Then about two hours later, he had me up again. Like last time, he did his business and everything seemed fine.

After another two hours, he had me up again. This time, he went outside and just laid down in the grass. At that point, I realized he didn’t need out in the middle of the night. He was hot.

The a/c at our hotel was out, but the evening was very cool, so we put a fan in the window to bring in the cool air. We also had a fan in the room to help everyone stay cool.

I was more coherent the third time I took him out, and I could immediately feel the temperature difference. We were able to put a fan on him and get a few more hours of sleep before we had to hit the road for day three.

Learn about the rest of our trip

The post Washington to Virginia | Day 2 appeared first on It's Dog or Nothing.